8 Dumbbell Hamstring Exercises For Both Strength and Size

The dumbbell is an effective tool to train the hamstrings.

Build Foundational Strength.
Without The Planning.

By learning from your training experience, past workouts and available equipment, Programme builds your most optimal workout plan from the ground up. 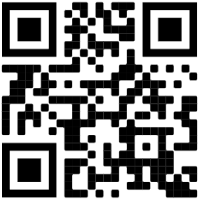 Dumbbells are such an effective tool as they offer such a diverse list of exercises, especially to training the hamstring. This means you can build fun and diverse training plans, which is essential to training consistency. As you can see in the movements above, there are so many different options for training the hamstrings with dumbbells that you’ll be able to find some that you enjoy.

Training at home has become very popular since the pandemic and it’s likely to stay that way. Those who don’t have a large garage to turn into a gym may need to have more minimal training set ups and dumbbells are a perfect addition to these set ups. If you can have just one or two dumbbells and a band you have enough variation to create a diverse training plan. As dumbbells are so much smaller than say a dumbbell they are far more suited to these minimal at home training set ups.

Although barbells are the most effective way to add load onto the body, as they are just so east and effective to load and hold on the body, the dumbbell is one of the best ways to add a lot of volume onto the body without creating to much stress on the spine and the central nervous system. As the barbell loads the entire body it’s far more stressful, whereas the dumbbell is much more effective at isolating specific muscle.

Open To all Levels

The barbell can have a steep learning curve and can be intimidating to new users, not only that, for beginners it can be far too heavy as a starting point. Dumbbells can be found in very light weights are a great place for beginners to start their training. However they are also great for advanced individuals who want to lift very heavy weights.

Once challenging aspect about training the hamstrings with dumbbells is it involves the hinge movement pattern. This is a relatively complex movement pattern to perform at a high skill level (which is required to target the hamstring correctly). Other simpler exercises include machine based training, which takes all the skill out of the movement pattern, but there are also some banded and bodyweight variations that can be used. Learning the hinge takes time so be patient and maybe hire a qualified personal trainer to help you learn if you’re struggling. As you can see below, the hinge is a relatively complex movement that requires time and effort to learn before you can use it to grow the hamstrings.

A key aspect to successfully training the hamstrings with dumbbells will be the exercise selection. Choosing an exercise will depend heavily on a persons training history, goals and what other movements have already been programmed within the week.

Working your hamstrings consistently will involve completing sets and reps through the hinge movement pattern, the beauty of strength and conditioning is there are so many different exercises that create such similar stress with only slight difference, this means you can cycle through different exercises whilst still progressively overloading the hamstrings.

When it comes to growing muscle and increasing strength, volume of sets is a key aspect of executing a successful training programme. So what is volume? Volume is the amount of work performed within a specific time frame. Work performed can be described as sets performed. That being said, performing sets at 5% of your max doesnt really equate to volume. So we need to make some basic assumption about what an actual working set is, these come from Dr. Mike Israetel from RP strength who has done great work in this feild.

Once these assumptions have been made we can outlined how many sets need to be performed on the hamstrings for both maintenance and for growth. In order to maintain muscle mass in the hamstring, you’ll need to perform between 4-6 working sets per week. Whilst in order to grow them this number will need to be between 10 and 16.

The loading strategy depends heavily on the goal of the current training, if your looking to get strength adaptation you will want to hover around 70-95% with an RIR of between 4-0 and if you want to increase muscle mass you will want to use 50-80% of your max with again an RIR of between 4-0. Obviously these are guidelines and there is a lot of cross over between the two.

The Anatomy and Role of The Hamstring

The Muscles of the Hamstring

The bicep femoris consists of a long head and a short head that work in unison to externally rotate the thigh at the hip and move the leg backwards. The are the prime mover in hip extension. They also contribute to flexion and lateral rotation at the knee

The semitendinosus extends the thigh backwards and allows for medial rotation, it is a long, large muscle that runs the length of the hamstring. It actually crosses the knee and connects to the upper part of the shin bone.

The semimembranosus is the most medial of the three muscles and attaches higher up than the other two muscles. It’s role is to extend and flex the hip joint while also medially rotating the knee toward the midline.

The Role Of The Hamstring

Is A Dumbbell Squat as Effective As A Barbell Back Squat

Are Dumbbells Enough for Leg Workouts

If you enjoyed this resource you can find more below, or try Programme, a fitness app that plans every workout for you based on your progress, equipment and lifestyle. This resource was written by Sean Richard Klein. Sean has thousands of hours of coaching experience and a BSc in Sports Science with Management from Loughborough University. He owns a gym in Bayonne France, CrossFit Essor, which runs group classes and a Personal training studio.

Dumbbell leg work should be a large part of most lower body strength and conditioning programme. With this list of exercises you’ll be able to create a diverse lower body workout routine that used all the key movement patterns available to the lower body within strength training.

8 Dumbbell Hamstring Exercises For Both Strength and Size

The dumbbell is an effective tool to train the hamstrings.

Build Foundational Strength.
Without The Planning.

By learning from your training experience, past workouts and available equipment, Programme builds your most optimal workout plan that adapts to your progress.